Which glasses are you wearing?

What lens do you use to filter the world? 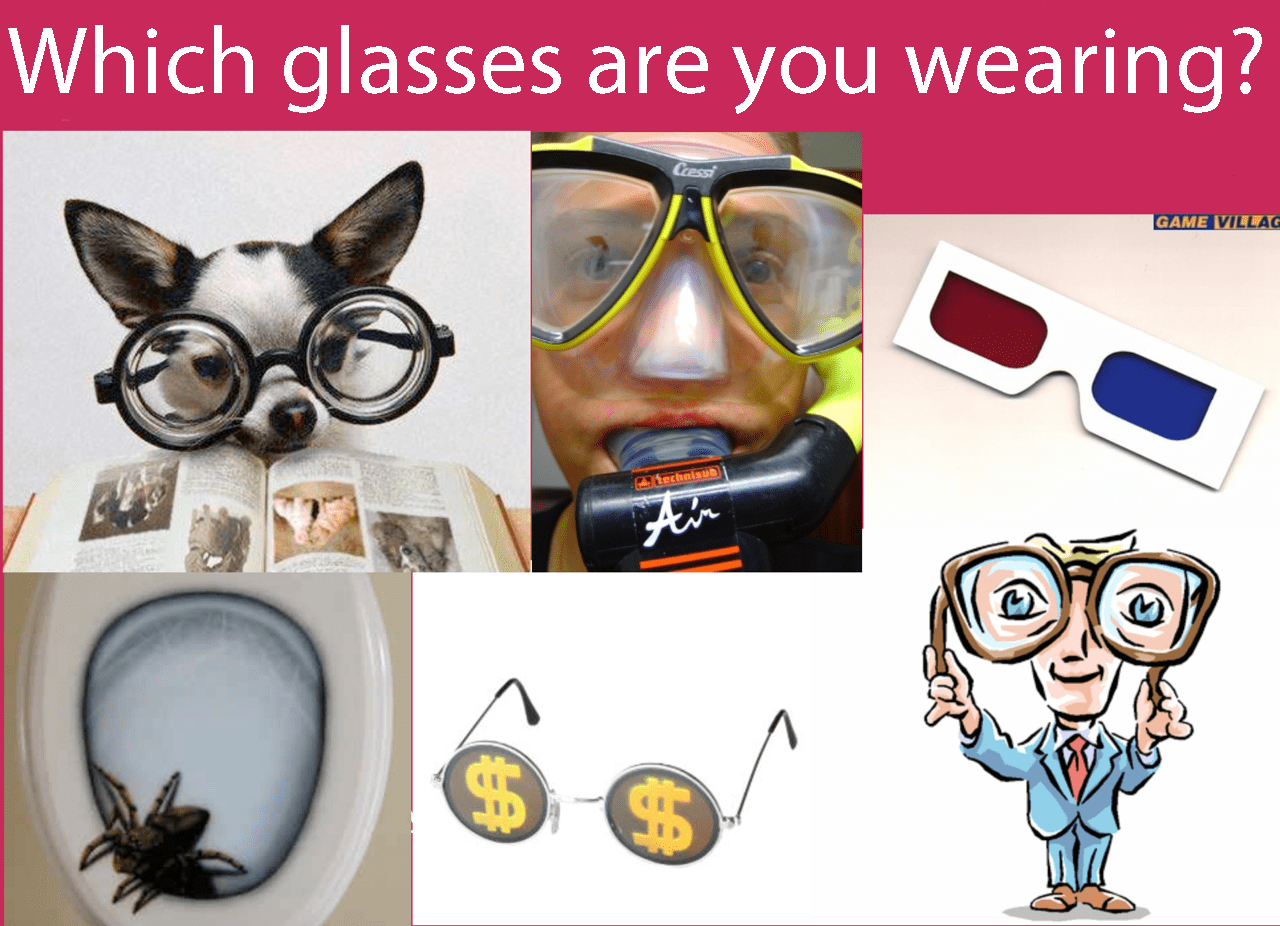 If there is one thing I learned during my anthropology studies, it is that you ALWAYS look through a lens that is the result of exposure to your culture, upbringing, position, experience, personality, expectations, etc. However much you try, you can never remove those glasses; the best you can do is to be aware of them.

The management team of a large bungalow park demonstrated the point clearly with their answers to my question what they paid attention to when they walked through the park. The technical manager admitted that, as he walked through the park, he mainly noticed broken lights, displays not working etc. The person in charge of cleaning made sure everything looked spick and span. The HR manager noticed immediately which staff members were and were not doing their best. Only the general manager tried to take everything into account and felt he was in no way performing up to scratch… In short: being aware of the glasses you are wearing and every now and then choosing to superimpose them with another is the way I choose to observe my world.

What do you really want?

Do you know what your clients, employees and relations think, feel and want? We often think we do. They often think they know themselves. And then everything turns out to be different.

I love the example of some client research performed by Douwe Egberts coffee. They had come up with new packaging for the ‘classic’; the package of ground coffee that for years was the standard for most Dutch households. To make sure housewives (who generally buy the coffee) would not be put off by the new packaging, they organized a client panel. With a cup of coffee in hand, participants were told that the coffee was still the same but that they had created more modern packaging. The ladies were impressed; ‘wonderful!’ and they ensured everyone that the new look would in no way inhibit them from buying the coffee. As thanks the ladies got to take a pack of coffee home. They could choose between the new and the old packaging. And what do you know? They all chose the old, trusted packaging. Nobody chose the new one!

Of all the research methods available, this is most highly rated among anthropologists. After all, if you really immerse yourself in a culture – often for years – you have to be totally involved, right? My bubble burst when I heard a story about an anthropologist who had been living with a tribe of Indians for over 20 years, spoke their language and felt entirely at home as one of them. But he was still known as ‘the foreigner’.

I found a new application for the technique by accident. Years ago, when I became friendly with the biggest playboy on a particular tropical island, his lifestyle fascinated me enormously. I was also intrigued why so many women fell for this sort of man. When I too fell in love with him I could only think of one thing to not hopelessly lose myself: participant observation. I decided to (partly) see the affair as ‘research’ and ended up writing the book ‘Have you found your Mr. Wrong yet?’ with my experiences, interviews and other odds and sods on the topic.

The odd one out

With a background in business studies and experience as an entrepreneur it was not easy getting accepted for a Masters in Anthropology at the University of Florida. I was the odd one out. I was not a minority; lots of women do ‘women’s’ studies there, African Americans study the diaspora, Latinos do Latin American Studies. My only motivation was unbridled curiosity. I travelled and saw a lot but did not have the feeling that I understood what I was seeing. In the end I was accepted and a world opened for me. Literally. 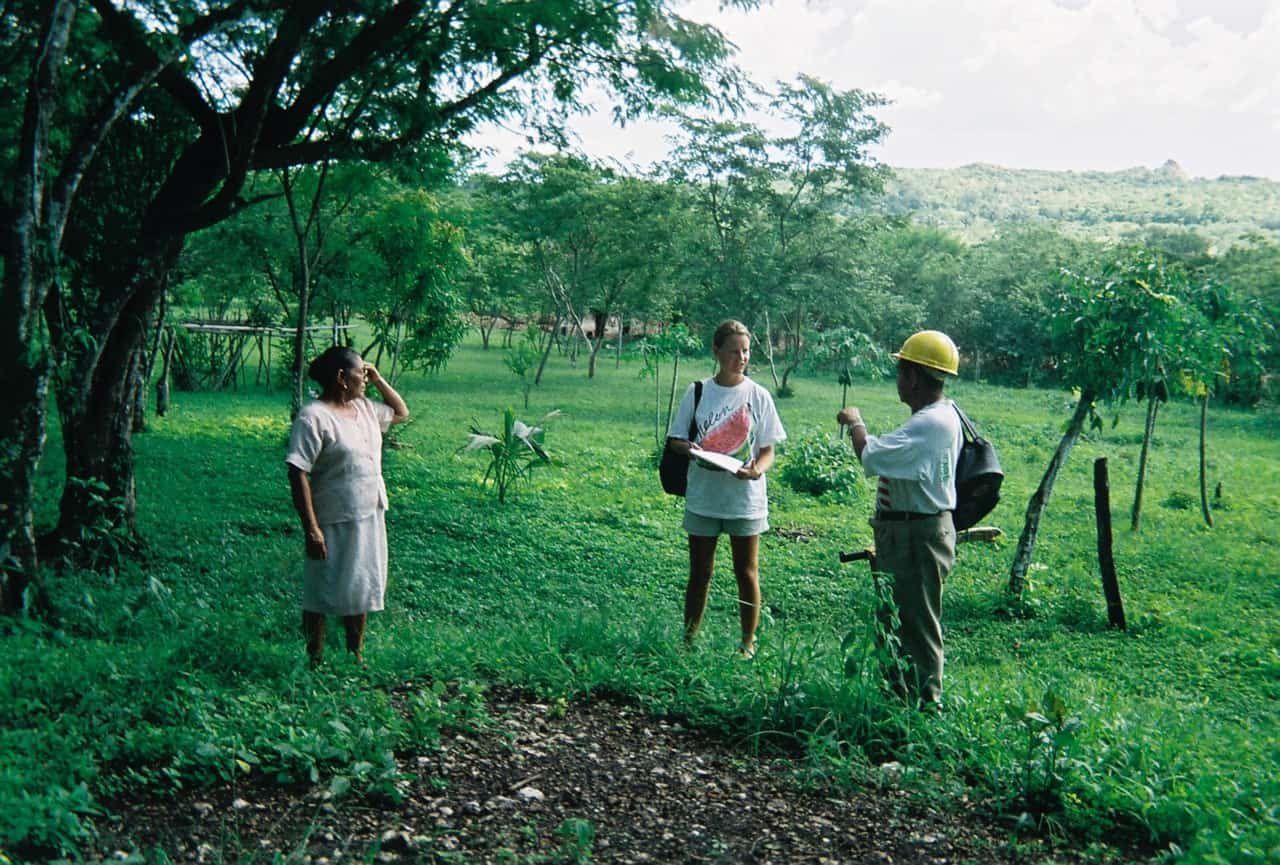 While all the students were looking for funding for our graduation theses, I lost out again. All the scholarships (of around USD300) went to the ‘minorities’. There apparently wasn’t anything reserved for a white, European student… When I ended up getting my hands on USD3000 from a business relation, all jaws dropped. Especially because it was a tobacco company that was interested in my research into the use of healing plants among the Maya Indians. I ended up writing my thesis specifically on the use of tobacco – an old custom that is disappearing because of the church. The classic anthropologists considered it ‘not done’.

On the intersect between anthropology and business I try to stimulate ‘the human side’ in organizations and look for the commercial aspect that it so often missed in cultural or charitable initiatives. I also challenge people to consciously become aware of their own ‘glasses’ and to occasionally try a different ‘outlook’. It can clarify matters, be enriching and create new bonds.

What lens do you use to filter the world?