Skip to content
Where there’s a will, there is a way – Inspiration shot February 2021

Where there’s a will, there is a way 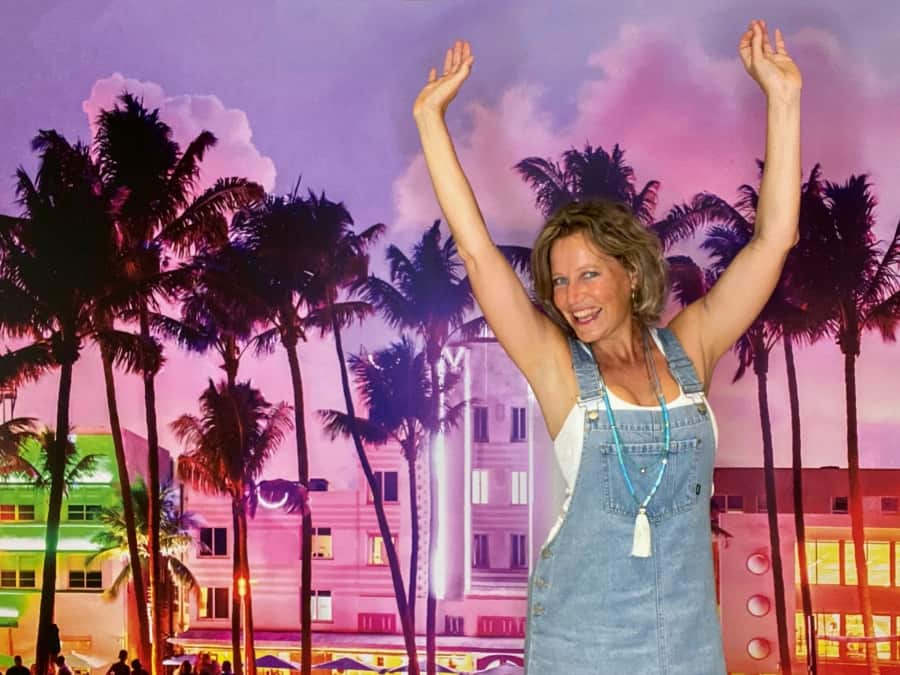 If you really want something, you can usually find a way to make it happen. But what if conditions are constantly changing like they are now during the corona pandemic? Then you have to think even more creatively, try even harder, and sometimes be a bit stubborn…

In this inspiration shot, I will tell you about my ‘impossible’ trip from South Africa to Miami to be with my father, along with plenty more inspiration: ‘if you can dream it, you can do it!’

I had not seen my father in 8 months. His Alzheimer’s continues to gain ground. He’s getting his covid vaccinations this month, and no one knows how he will react to them. The last time he had the flu, he ended up in the hospital for two weeks. I felt like I had to go to Miami to be with him NOW.

However, you can’t enter America from Europe, even if Europe is only a stopover. To my surprise, South Africa was not yet ‘blacklisted’ by the USA, even with the new strain of the virus. So I booked an arduous trip of more than 40 hours (!) From Cape Town to Miami, with a stopover in Qatar.

The day before departure, I was notified that the first of the three flights had been canceled, which meant that the entire trip wouldn’t be possible. I refused to give in and went to the airport at 6:30 AM anyway. And guess what? The flight turned out to be going as scheduled. The cancellation email was ‘a mistake’…

When I landed in Miami, no one even asked for the mandatory Covid test that I had to arrange at the last minute. I also heard that the next day the borders would be closed to people traveling from South Africa… Whew, I did it, I was in! After a few days of voluntary quarantine, and a few tests (which are free in the USA!), I was finally able to be with my father, brother, and sister. It had been more than 4 years since we were all together. 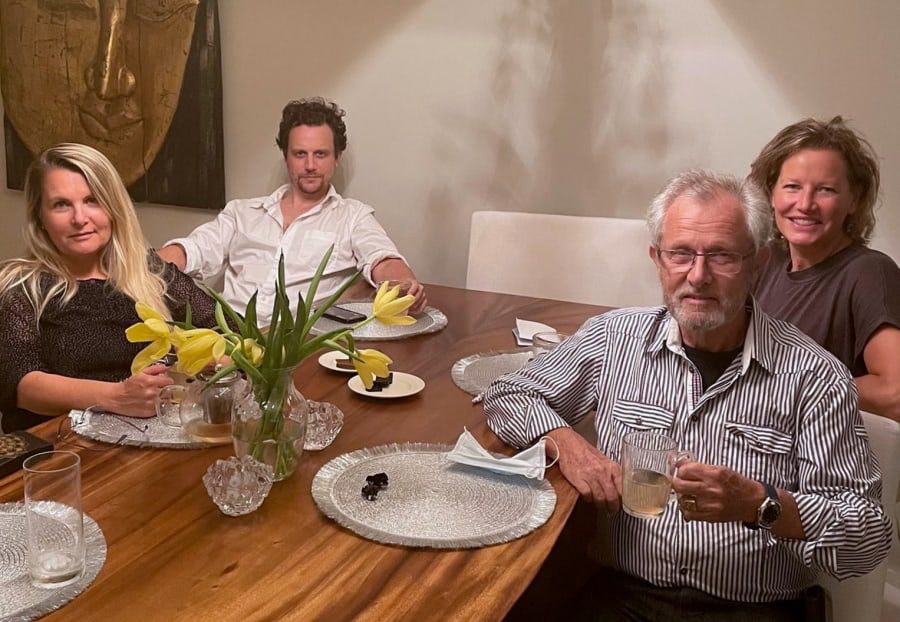 These days you base your travel plans on very different factors to pre-covid. Flying from Miami back to the Netherlands means at least three stops, numerous tests, and home quarantine upon arrival. However, a stop in Curaçao means flying directly, no requirement for a test, and no quarantine in NL. Plus I get to see my friends for a few weeks! An easy choice.

This Caribbean island is such a relief! There are hardly any cases here, and apart from wearing a face mask in the supermarket, everyone lives their life as before. (hugs included! How I missed those!) It is wonderful to be able to live ‘normally’ again, especially after the strict regime around my father in Miami and prior to that. The picture below is me and some friends playing pool at my neighbor Debby’s house.

Normally I would be in Curaçao for the whole month of March, now it has turned into the month of February. A wonderful surprise! 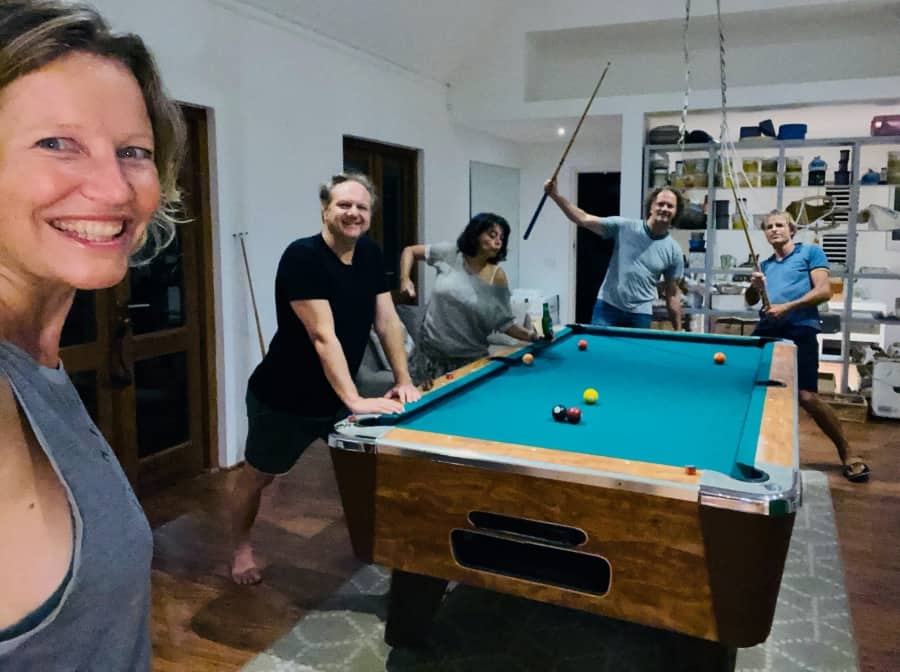 Can’t come to me? Then I come to you!

Because my travel plans have changed so much, and because of the current travel restrictions, I have decided to turn the Curaçao writing retreat into an online event from March 7-11th. So you can write your book in 1 week, from your own kitchen table, office, or attic: [email protected].

The retreat will be structured with video lessons that you will receive from me in the morning around the theme for that day and in the afternoon we will do a group workshop online. There are two writing-focus sessions per day and the rest of the time you work on your book. 1-on-1 guidance from me is included too.

With this dedicated week of focus, you can make huge progress. Especially if you use the travel time you save for writing your book! I am planning to do it in Dutch for now, but if you are interested, please let me know, so I can include an English version as well. 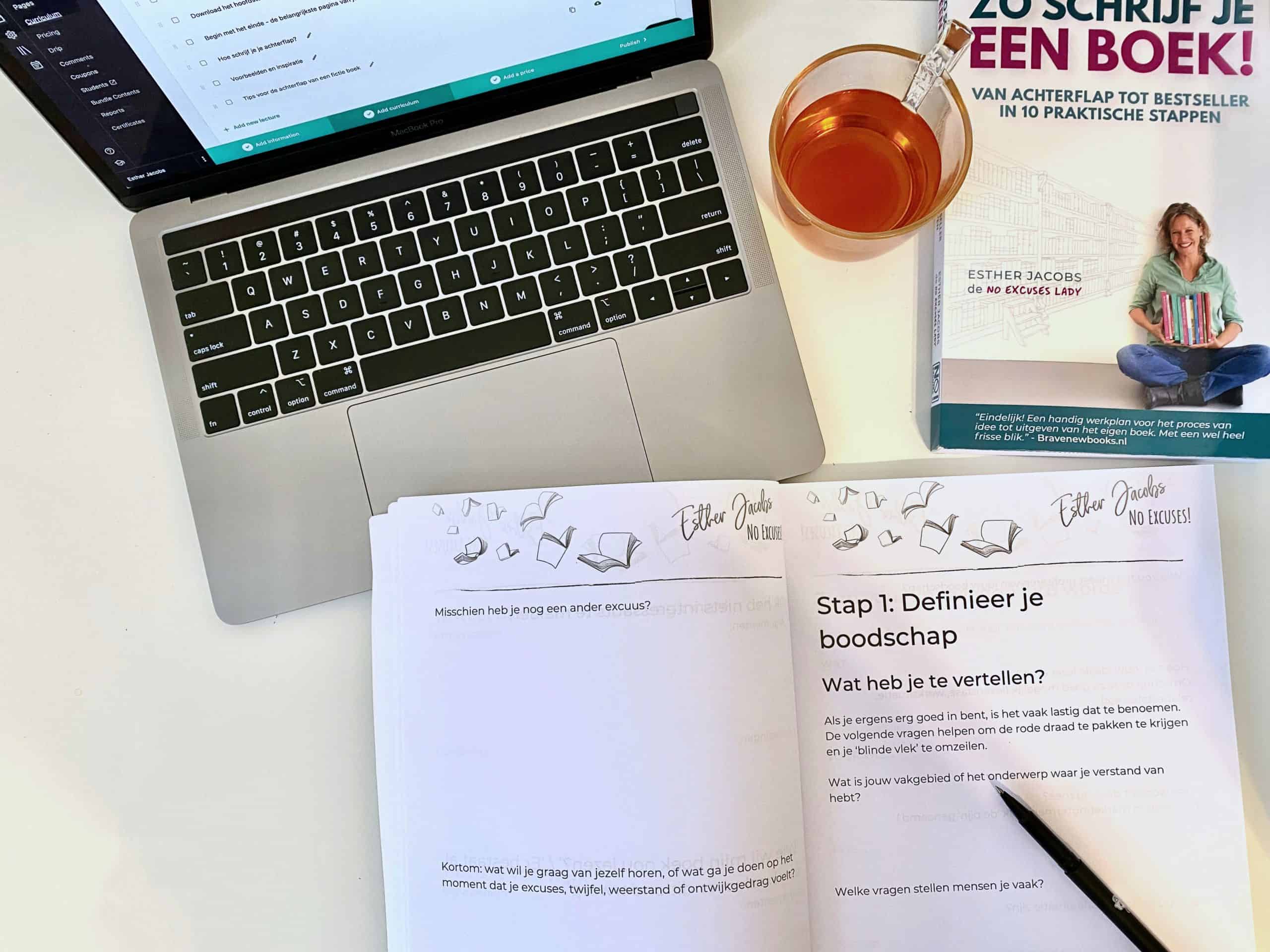 Writing together motivates! That is why I’d like to invite you to spend an hour with me online where we all write together, each on our own book.
This session is hugely motivating. No distractions, no more excuses, go for it!
I look forward to seeing you. Tuesday, February 16th at 8 pm (CET). Will you be joining? I am planning to do it in Dutch for now, but if you are interested, please let me know, so I can include an English version as well. 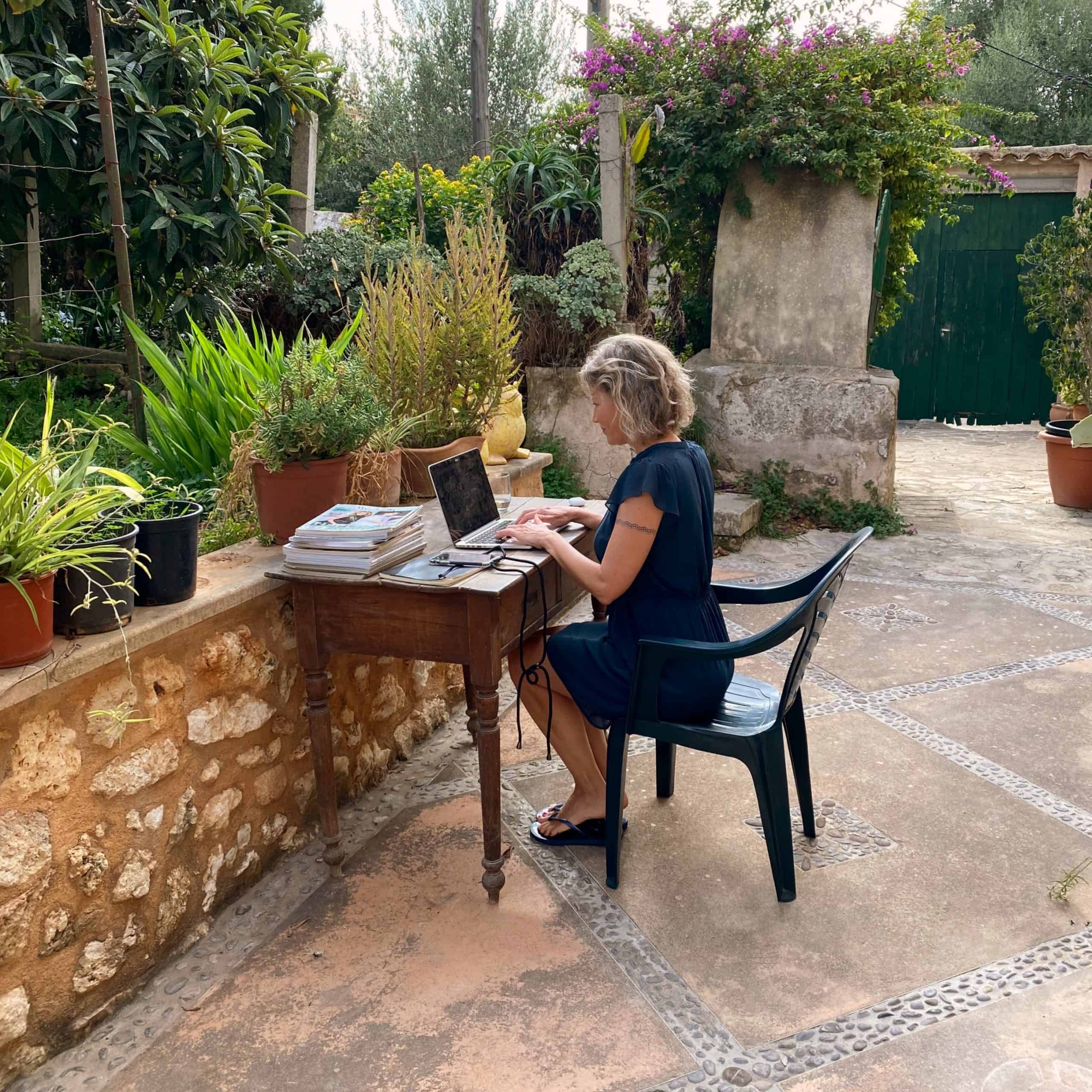 Due to the ongoing pandemic, the NFL had only 25,000 people in the stadium for the 55th Super Bowl, far fewer than the 70,000 fans that attended the big game the last time it was held in Tampa.

To make up the difference, the NFL produced 30,000 cardboard cutouts of fans and celebrities to fill most of the remaining seats.

The NFL charged fans $100 to get their face on a cardboard cutout at the game. That’s a cool $3 million in revenue to make up for some of the lost ticket revenue and concession sales. A CREATIVE COVID BUSINESS MODEL. 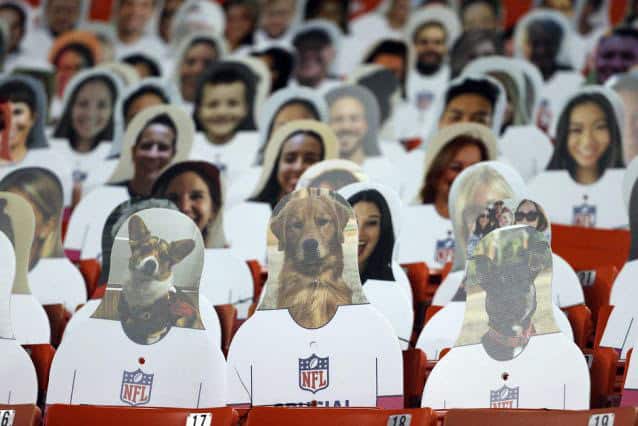 – -> Impossible? Not for this dog. In the absence of an owner, he takes himself out sledding … A happy video!

– -> Anouk’s beautiful music video for her song ‘It’s a new day’ pays tribute to a number of iconic women who did the ‘impossible’. How many do you recognize?

…my life as a Digital Nomad has changed enormously due to corona. Despite the pandemic, I continue to do my ‘thing’. I occasionally get comments about my travels and people recommending that I go home, but going home has a different meaning if you don’t really have one. I travel a lot less than before and I stay in each place longer, but in most countries, visitors can only stay 60-90 days and then have to leave. Moreover, every country – and within it, every person – deals with the pandemic and the resulting measures differently. Most people who comment on my travels do so from a Dutch perspective. It is fascinating to realize that there are various insights, advice, and perspectives. All in all, an interesting time to observe how different people react.

More digital nomads are faced with questions about registration, remote work, and international options. My online workshops will continue as usual and have already helped many people to have more freedom in their lives. There are still a few spots left for this Wednesday. 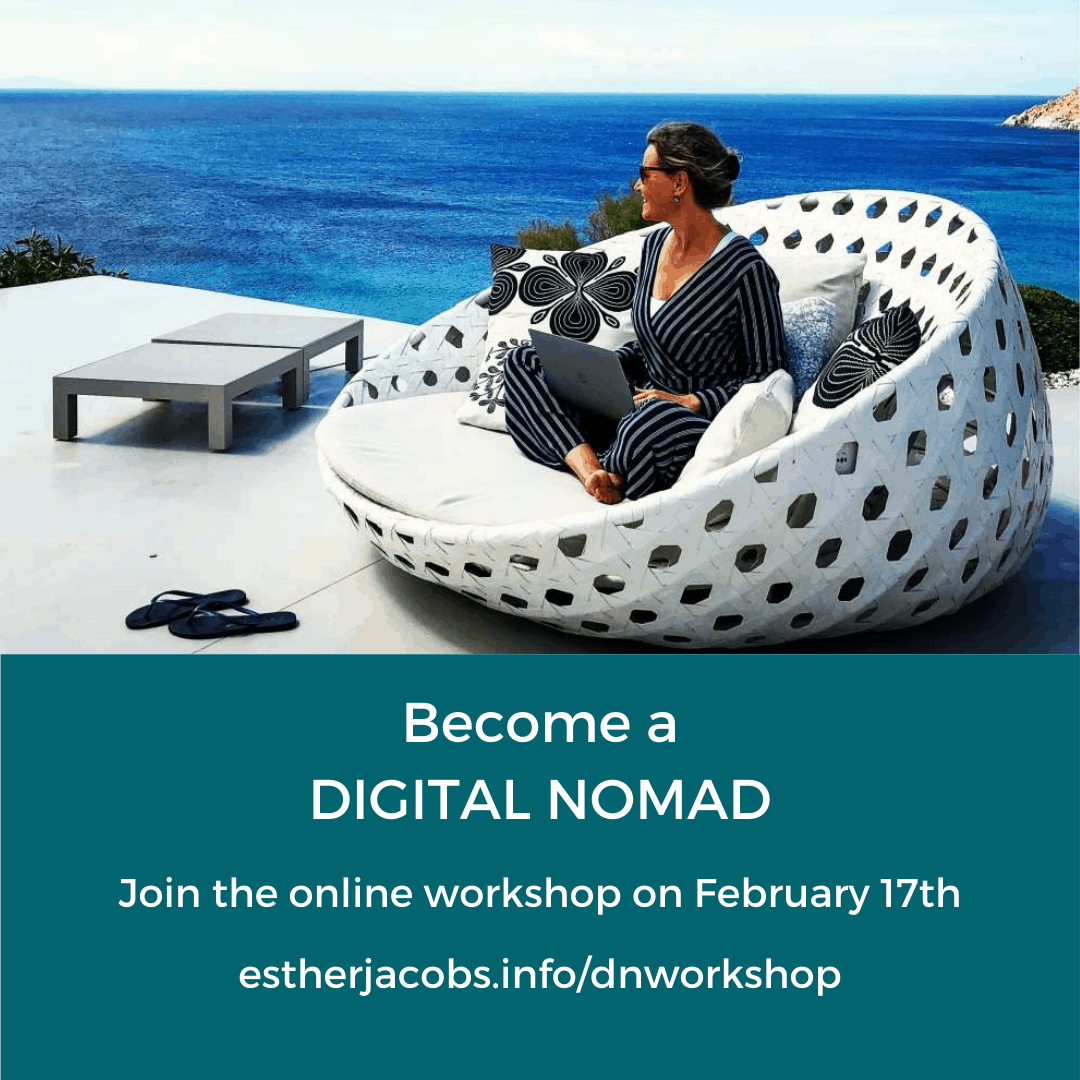 I am writing this from one of the places in the world where I feel completely at home: my friend (and ex-partner) Marinus’ house on Jan Sofat in Curaçao. It is wonderful to work on the veranda with this view, swim in the warm, blue sea on my breaks, and catch up with the many friends who live here on the island or who are also visiting.

As long as I keep hearing from people back in Europe “don’t come back, it’s not really nice here at the moment”, I think I’ll make this a very long stopover and delay my return to Europe until the end of February.

The result is that I will not be on the island in March/April, but probably in Italy, to see the renovation of my Trullo house in Puglia, Italy. By the way, that project is progressing more slowly than expected: after a year there is still no electricity installed … 🙁
Maybe I will create a ‘Tiny Trullo Tour’ for people who also want to buy a piece of an olive grove in Puglia; I get a lot of questions about it. Let me know if you are interested. 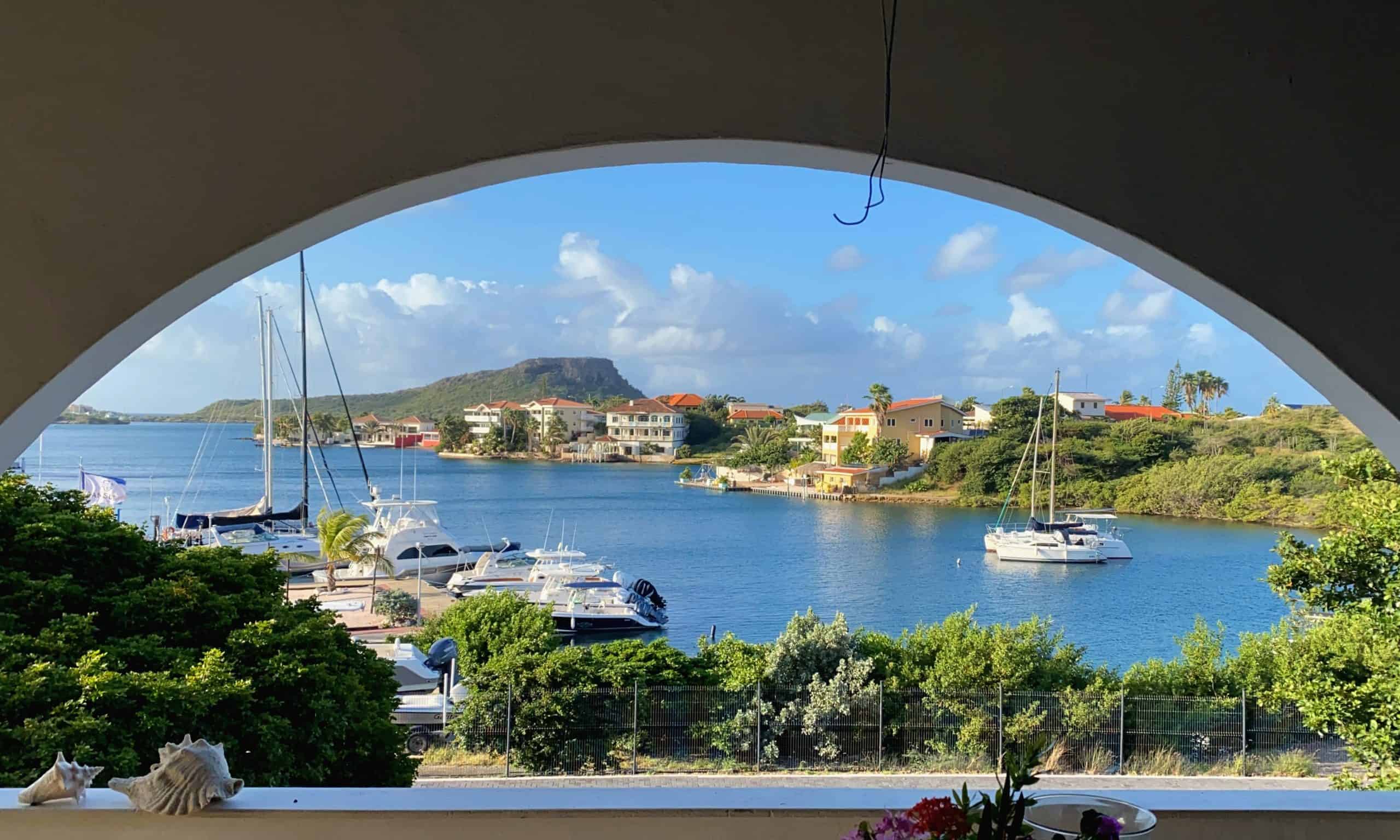