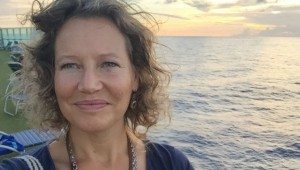 I’d lost my mojo – my spark. And I hadn’t even realised. Until I came across it again in Brazil, after a cruise with 150 digital nomads. I had been struggling with my health for over ten months. Apparently I had asked more of myself than was sensible after the whiplash from the car accident two years ago. All my reserves were depleted. Anaemia and adrenal fatigue meant I was chronically tired – and I mean chronically. I didn’t have the energy to have people around me, didn’t feel like talking, working, or even sending a WhatsApp. After months of ‘survival’, I started to notice a little more space in my head again just before the cruise from Spain to Brazil. And during the cruise I very slowly started feeling better again. Of course the fact that, after years of busy times with an overly full agenda and self-imposed responsibilities, I suddenly had four months ahead of me without any appointments. And instead of traveling between two or three places, I suddenly had the freedom to go where I chose. Adventure was beckoning me. On the nomad cruise I met a number of like-minded souls and we met up again in Brazil. For two weeks we worked together in a simple air-con hotel near the beach. Every day we were at the grindstone working on our own projects (I had to finish my digital nomad book), we ate together and watched the sun go down during our daily swim in the sea. The feeling of ‘togetherness’ – and a random butterfly – gave me a huge boost. After a few days we came up with the idea of creating an online training on productivity and motivation, and we actually managed to get it sorted there and then. While filming the video training I absolutely loved the hilarious moments (pickpockets trying to nab your camera while filming, a lead role running away in panic from a flying beetle, brilliant but absolutely unpublishable rude texts by one of the three presenters, etc.). With a cramping belly pain from the laughter I realised it had been some time since I had enjoyed myself this much. If you’re not physically in shape, having a good time is the last thing you think about. When for the first time in months I actually managed to jog a bit of a distance I turned ‘Take me to church’ by Hozier on repeat at full volume while the Brazilian beach life passed by. It felt as if my heart was going to jump out of my chest for joy. 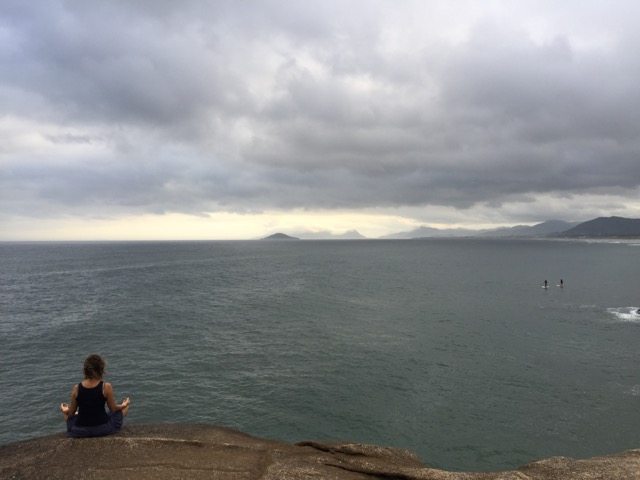 We organised a few presentations at young entrepreneurs’ clubs and so met some brilliant, enthusiastic Brazilian business people. It was the perfect mix between work, pleasure, travelling and cooperation. The Cruise your Business workshop that I offered on the way back to Europe in March is an example of the same. It’s flowing again – or at least such is the proof of the large number of registrations by special entrepreneurs. That not only gives a kick at the time – it also opens a door to the new life ahead of me. Traveling is not just about being on the road, it’s not something temporary: it could be my life! I am no way near there yet. Physically I have a fair amount of recovery ahead of me. I also notice that ‘traumas’ from the past are now popping up for inspection in my mind and need dealing with. There are still days that I don’t feel or see my mojo. But I am now aware that I miss it. And that great feeling – that moment of recognition when I feel ‘yes, this is like it’s meant to be’ and the spark is there again fleetingly – that gives me strength and hope. Hope and faith that 2016 is going to be a great year in every respect. How’s your mojo doing? This post was written for ‘mijnmoment‘; a Dutch blog where a select group of people publish their ‘moment of the past year’