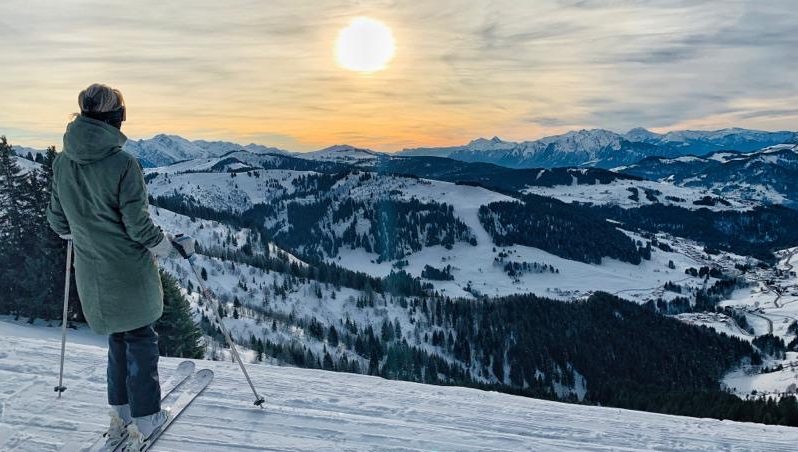 While I was roaming the French Alps last week, I was able to control my speed by controlling the amount of friction between my skis and the snow. I realized that slowing down by creating friction in this way is actually wasted energy. Tesla has a better solution: when you brake in their electric car, the friction that is created is captured and used to charge the battery…

We all hope for an easy ride through life. We feel that we are making progress as we move quickly through routines, traffic, work and relationships, unhindered by unnecessary obstacles or difficulties that slow us down. From this perspective, friction is an unwanted and negative force.

However, friction is not always synonymous with difficulties. Rubbing things together is a creative force. Friction gives us warmth and fire. It can literally move mountains. ‘Rubbing two people together’ may cause arguments—but it also makes babies… 🙂

Whether it is a problem, a client, a process or a president, friction forces us to actively participate, respond and (re)consider our position. Friction is a positive force in all aspects of life, precisely because we only really learn when there is something that opposes us.

I have experienced a lot of friction with bureaucracy and other opposition from ‘the system’, struggles in love, and in business. This inspiration shot is about friction, the untapped force that can be your most powerful advantage.

Friction in business and government

Leonardo da Vinci was the first to reveal the power of friction in physics, Roger Dooley is doing it for business. His book is a journey from the Romans who built 25,000 miles of roads to manage their empire, to today’s man at Amazon who is responsible for reducing as much customer friction during the ordering process as possible.
I am honored that my story is part of his bestseller ‘Friction‘. The stories in the book and my chapter ‘from hero to outcast’ shows that disadvantages caused by friction (‘We know no nomads …’) can actually be your most powerful advantage. 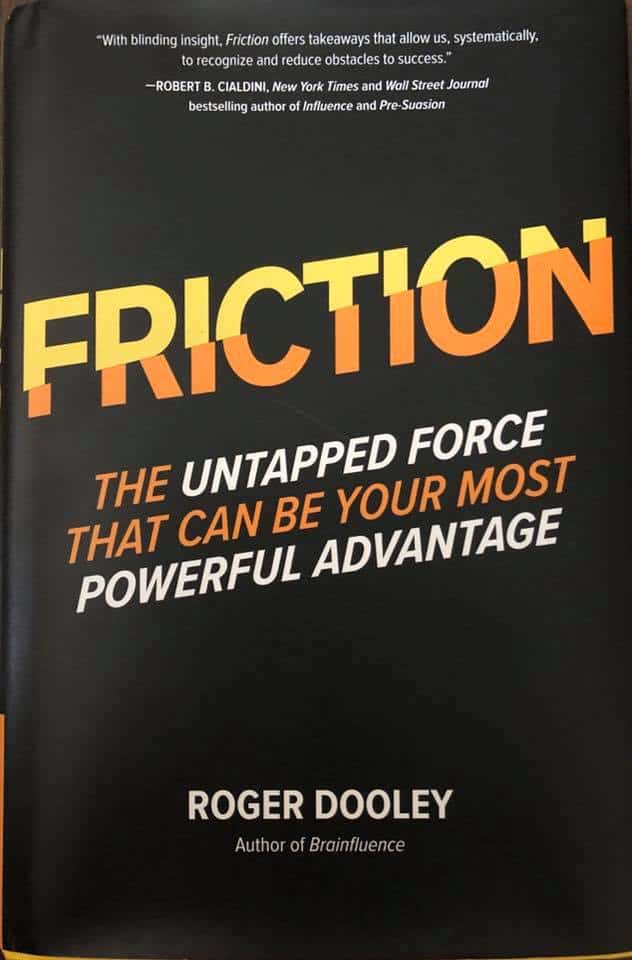 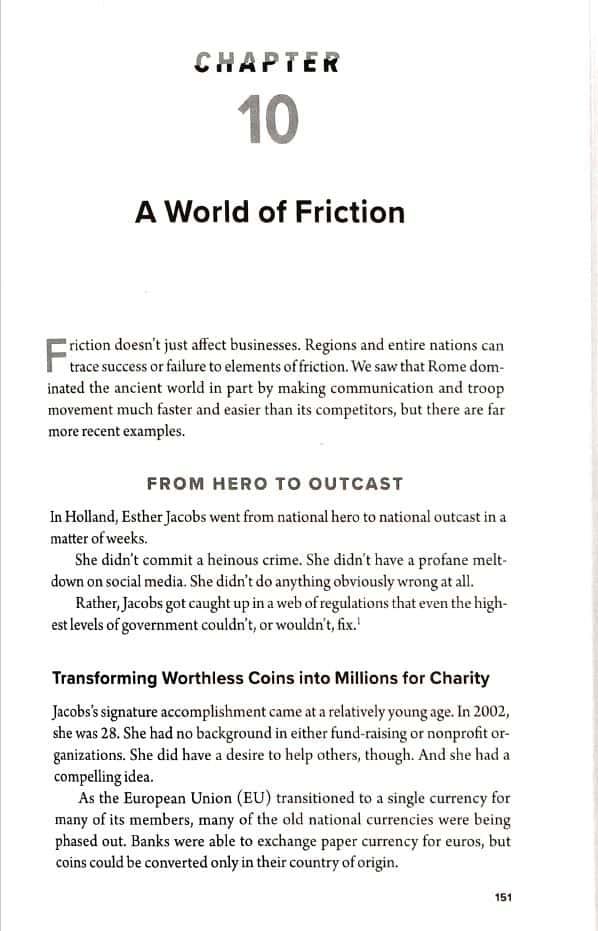 New insights can arise from friction. In business that is usually a relatively painless process, but if you apply it to personal situations – such as relationships – it becomes a lot more difficult …

(This post has been viewed more than 70,000 times on social media!)

“…I feel the ground sink under my feet as I read the WhatsApp messages. I have no reason to distrust him. I just happened to walk past his phone on my way to the bathroom; the screen wasn’t locked and something caught my attention, I was literally sucked into it. “There must be a logical explanation for this, this woman must be a good friend,” I try to reassure myself as I scroll through their messages. Only when I find the messages about the hotel bookings, do I have to accept the unimaginable… “

Each year, along with a number of other ‘prominent Dutchies’, I am asked to describe ‘my most memorable moment’ of the past year. My moment of 2019 could only be this one. And yet I doubted whether I should share this. It is so personal and painful. And there is not yet a (good) end to it. Still I decided to do it, because I know that many people struggle with the same situations. And because wrestling is part of life. Far too often we just show the parts of our life that are going well; together we create a kind of virtual dream life. Unfortunately, pain is also part of life. My wish for 2020 is that we will all dare to be more ‘real’; to show ourselves in our strong moments, but also in our vulnerability …

The advantage of disadvantage

I have always been a ‘loner’. I enjoy working alone: it is faster and offers fewer obstacles. Since I have joined a number of Mastermind groups, I have experienced the benefits of working in a small group. You do not have to reinvent the wheel yourself, you have the advantage of more knowledge and other perspectives, plus you have the support and encouragement when you need it. Maybe it isn’t quite as quick and nimble, but you achieve better results and you don’t have to carry the full burden alone.

Do you want to write your book this year, and can use some support and focus in a small group? Then see if one of my upcoming Writing Retreats is for you.

This video has English captions, but you can also just look at the lovely setting at Landhuis Jan Thiel in Curaçao… 🙂

When I did my Masters in Anthropology / Latin American studies, I wanted to research the use of medicinal plants by the Mayan Indians for my thesis. I struggled to find a scholarship until a friend at a tobacco company said he could arrange for me to be sponsored by his company. Whilst this was considered ‘not done’ at the University of Florida, it did make my research possible.

During my two months in Guatemala and Belize, I noticed that due to all the (cultural, political, religious and social) changes the Maya had experienced, certain customs appeared to have disappeared. I found out that, in fact, they had just been ‘swapped’ for currently acceptable alternatives. A wonderful survival mechanism.
You can read my entire thesis here: Disappearing knowledge; the effects of cultural change on the medicinal use of tobacco by the Maya people of Central America.

Interesting detail: the tobacco company that sponsored me was so uninterested that they never even requested the report! 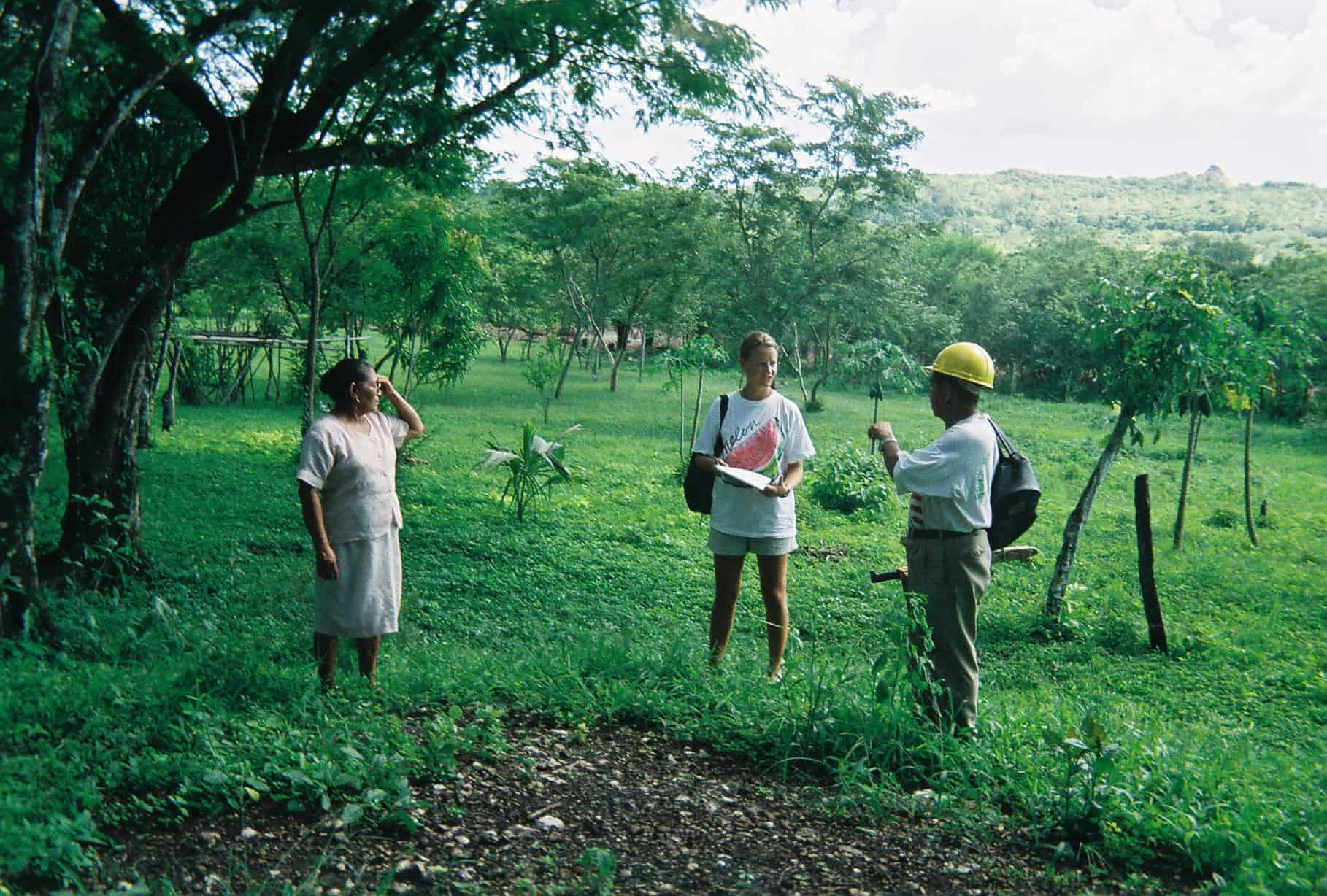 This shaman and midwife from the same small village kindly shared their plant knowledge with me. I was surprised to find out that they had never talked to each other and that not only I was learning new things, but so were they!

After a week of skiing in France, I am back in Amsterdam. I love being in one place again after all the traveling in recent months. I am trying to give in to winter; this is the season to turn inside and cocoon. You do not always have to be ‘on the go’…

I am also enjoying a new project: buying another mini apartment to rent out. Real estate has become my ‘passive income’, my pension and my hobby. I described my experiences and tips in my ‘real estate secrets’ blog. I received many thanks for the practical tips and contacts, but also a lot of criticism. The housing situation in Amsterdam causes a lot of discussions. There are many different points of view and varied interests. New laws are being drafted now. Should I let myself be affected by this friction or trust that I will find a solution? 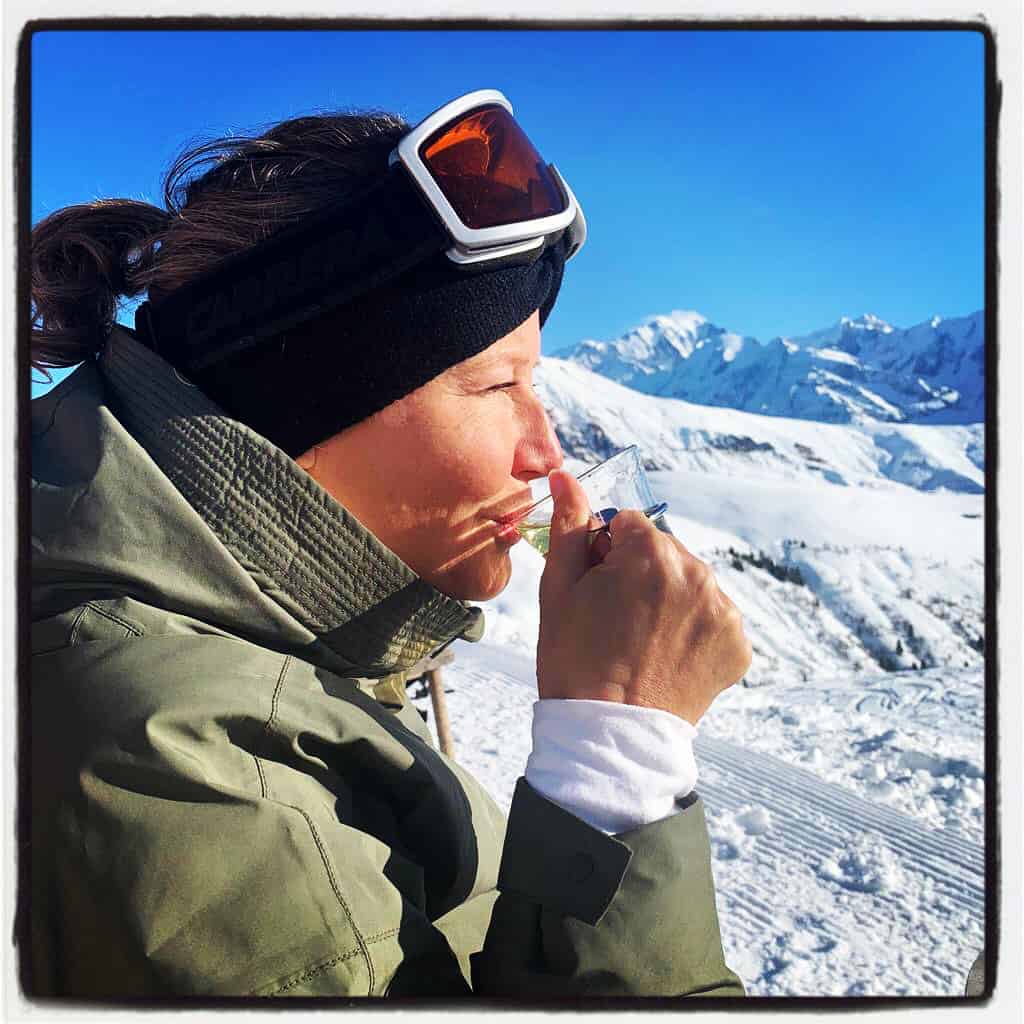 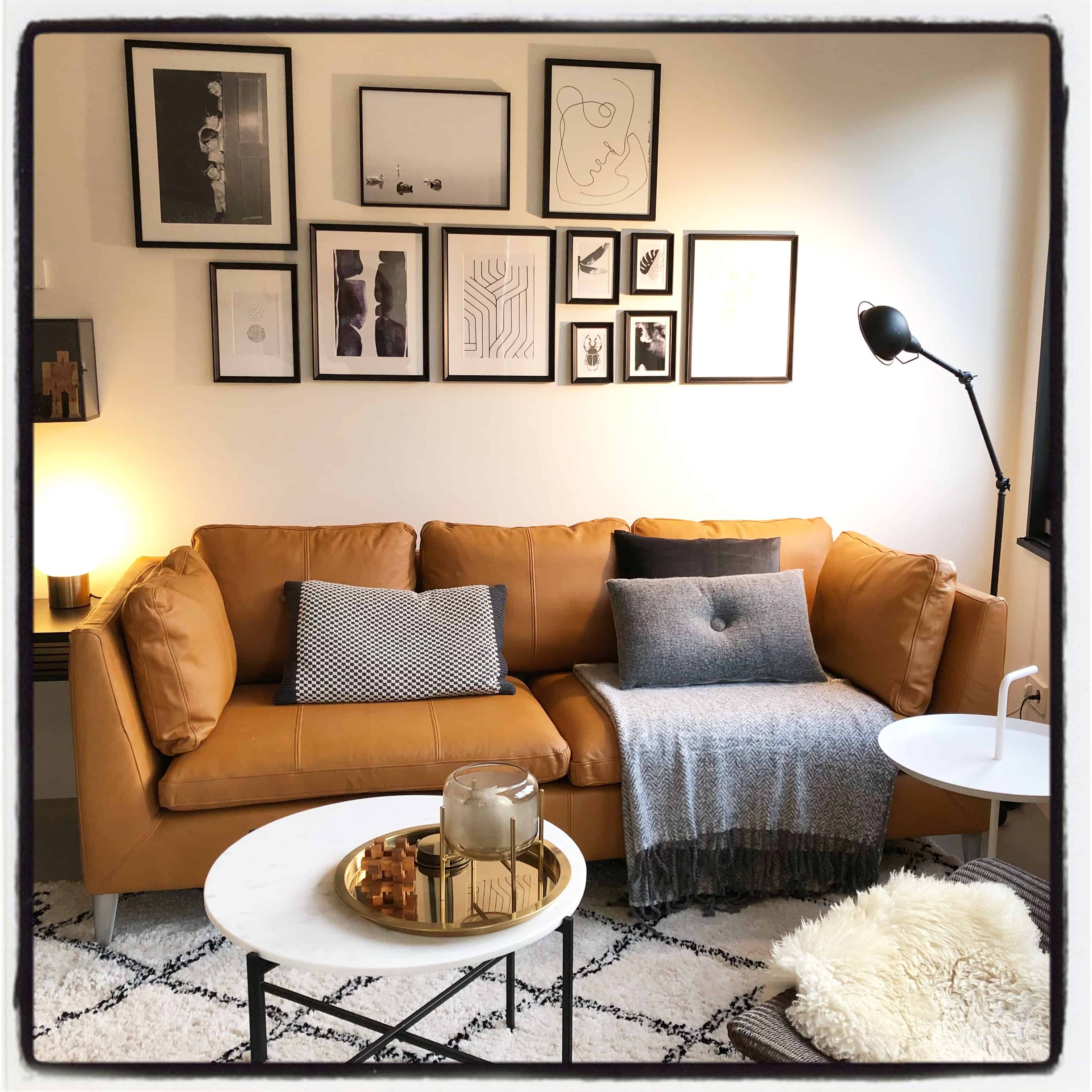